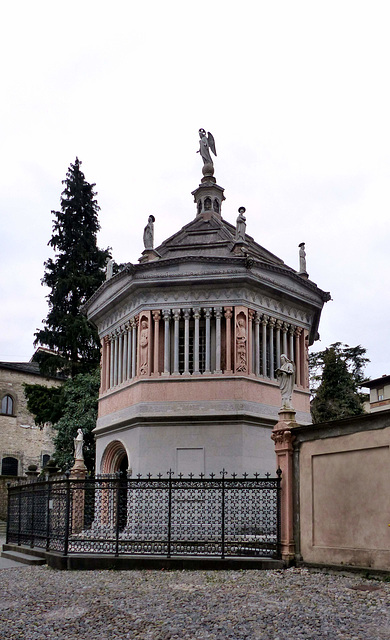 The Duomo as well as the Romanesque basilica Santa Maria Maggiore and the Cappella Colleoni are standing side by side in the Città alta.

Within this ensemble is the octagonal baptistery, built in 1340. In 1650 the baptistery was dismantled, but was saved, and in 1856 reassembled. It was moved to its present site in 1889.
Suggested groups:
Comments