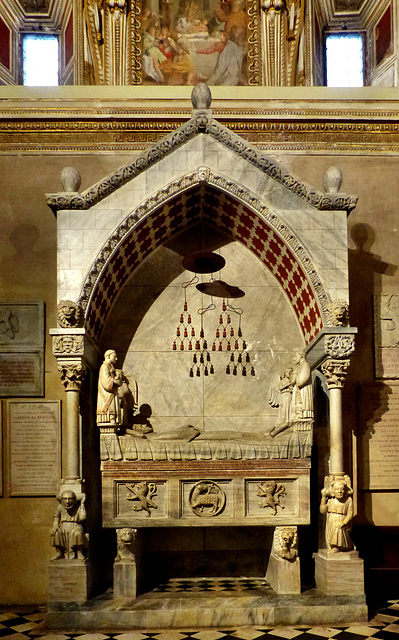 The sepulchre of Cardinale Guglielmo Longhi, who died in Avignon in 1319, was created by Ugo da Campione. The tomb was moved into the basilica, when the church it had been for centuries got demolished in the 19th century.
Suggested groups:
Comments