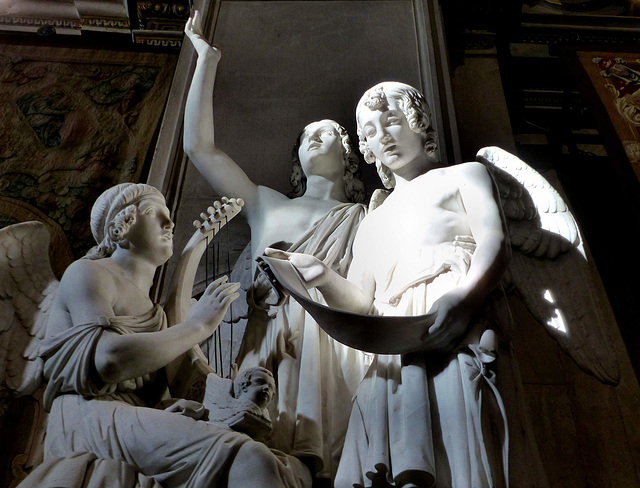 Here is a details from the sepulchre of Johann Simon Mayr (aka "Giovanni Simone Mayr") (see previous upload). Johann Simon Mayr was born in Bavaria in 1763. He was appointed "Maestro di Cappella" at the Cathedral of Bergamo and was music teacher to Gaetano Donizetti.