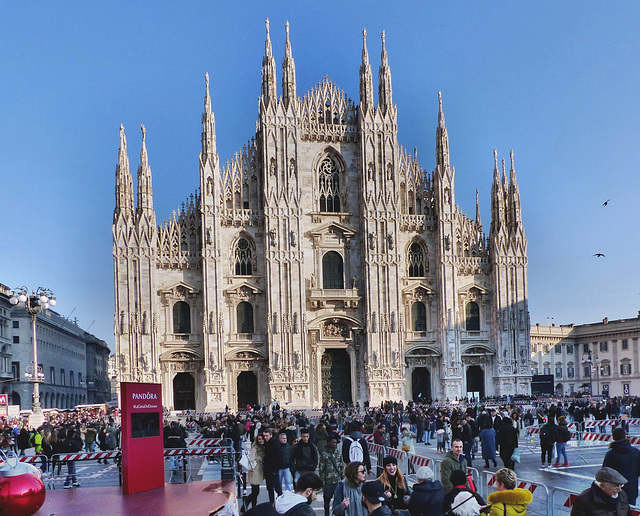 Work slowed down until in 1805, Napoleon Bonaparte, about to be crowned King of Italy here, ordered the façade to be finished. It got completed in neo Gothic style in 1813.

With an interior area of 11700m² the "Duomo di Milano" is the world´s third largest church.
Suggested groups:
Comments