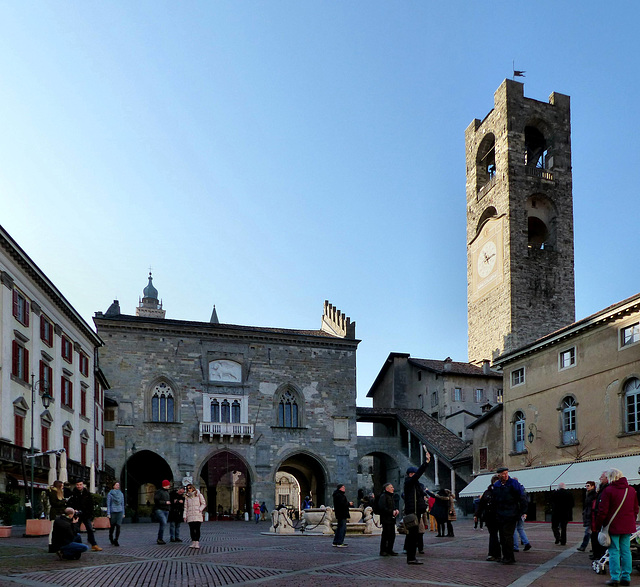 In the center of the Città alta is the Piazza Vecchia and the old town hall "Palazzo della Ragione" (aka "Palazzo Vecchio"), erected 1183 - 1198.

It burnt down and got rebuilt at least twice over the centuries. Over the balcony is the "Lion of Saint Mark", as Bergamo was part of the Republic of Venice upto 1797.

The Torre Civica was the tower house of the (Ghibelline) Suardi family in the 12th century. Most of the previous uplaoded photos were taken from top of the tower.