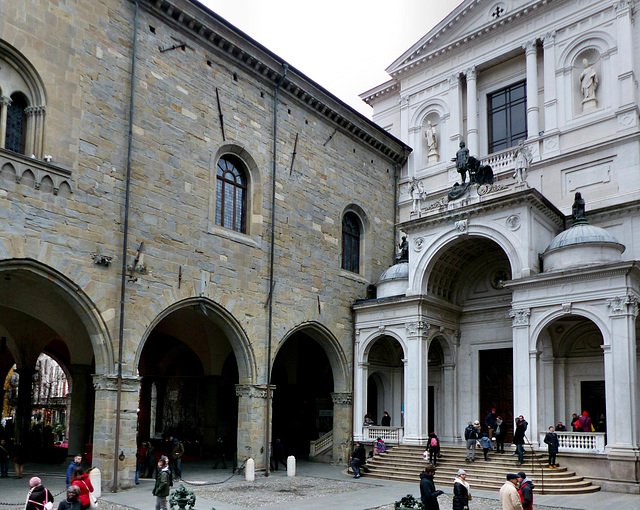 Next to the old town hall "Palazzo della Ragione", where the Duomo di Bergamo (aka "Cattedrale di Sant' Alessandro") is now, stood the Cathedral of St. Vincenzo already in the 5th century. After rebuilding the church in the Romanesque area, a new cathedral was erected by Filarete ("Antonio di Pietro Averlino") in 1459. The building of today was built on plans by Carlo Fontana, dating from 1688. The dome was completed in 1883, the neo classical facade in 1889.
Suggested groups:
Comments