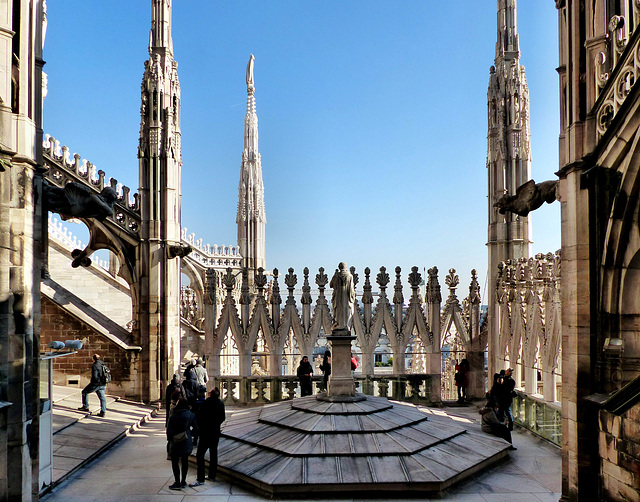 With an interior area of 11700m² the "Duomo di Milano" is the world´s third largest church and one of the few (I know), where the roof is open to tourists. The day I was up the roof was icy - and so the tourists were only allowed to the galery to see the pinnacles, spires, sculptures and the delicate flying buttresses.
Suggested groups:
Comments