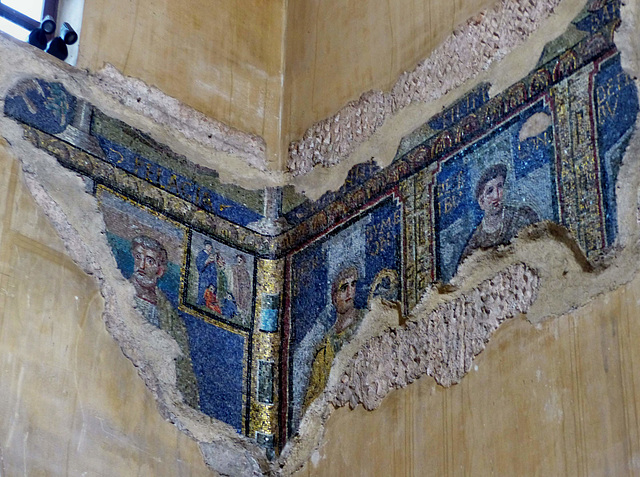 The octagonal Cappella di Sant'Aquilino dates back to the 5th century. A kind of atrium connects the chapel to the ambulatory. The walls of this atrium were once completely covered with mosaics. Only few parts of these 5th-century-mosaics survived. They remind stronly on the Byzantine mosaics in Ravenna Ravenna (eg San Vitale, Sant’Apollinare Nuovo).