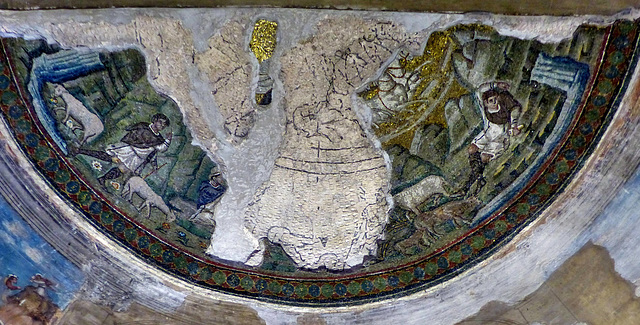 The octagonal Cappella di Sant'Aquilino dates back to the 5th century (some scholars date it to the 4th. c.). It features some very interesting Paleochristian mosaics, reminding stronly on the Byzantine mosaics in Ravenna (eg San Vitale, Sant’Apollinare Nuovo). .

This mosaic is rather destroyed, but still seen a pastoral scene with shepherds and sheep. Above a "chariot of fire". This could be connected to Elijah - or Christ.
Suggested groups:
Comments