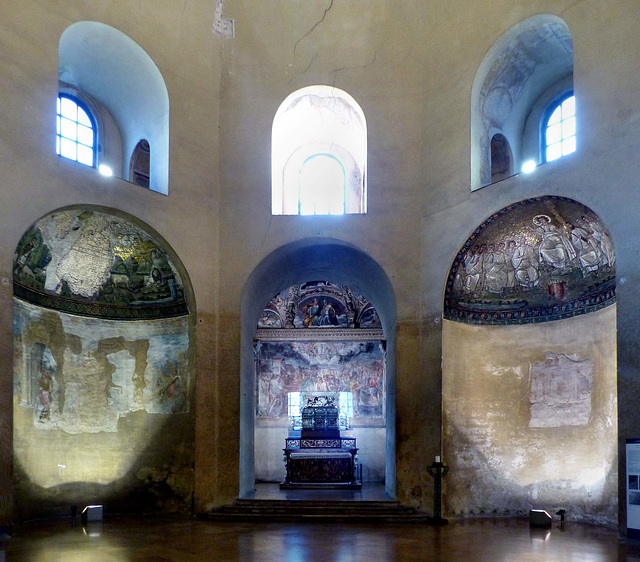 The octagonal Cappella di Sant'Aquilino dates back to the 5th century (some scholars date it to the 4th. c.). It features some very interesting Paleochristian mosaics.
Suggested groups:
Comments