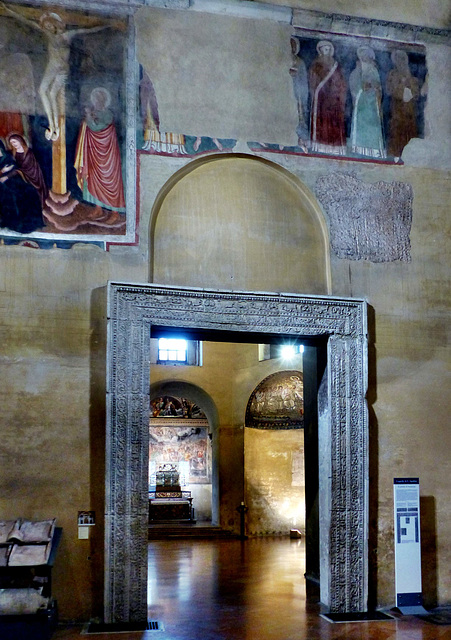 The octagonal Cappella di Sant'Aquilino dates back to the 5th century. A kind of atrium connects the chapel to the ambulatory. The walls of this atrium were once completely covered with mosaics. A portal, carved from white Carrara marble, leads from the atrium to the chapel. This portal is dated to the 1st century and is got "re used" here (like many Roman spolia).
Suggested groups:
Comments