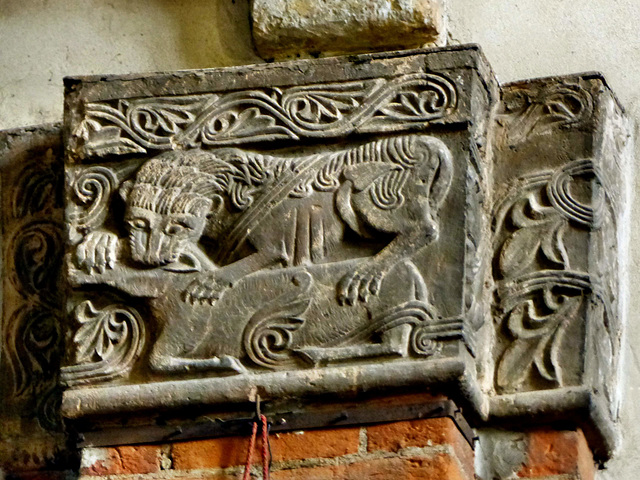 Some of the old Romanesque capitals still exist. Here is a lion, killing an ass.