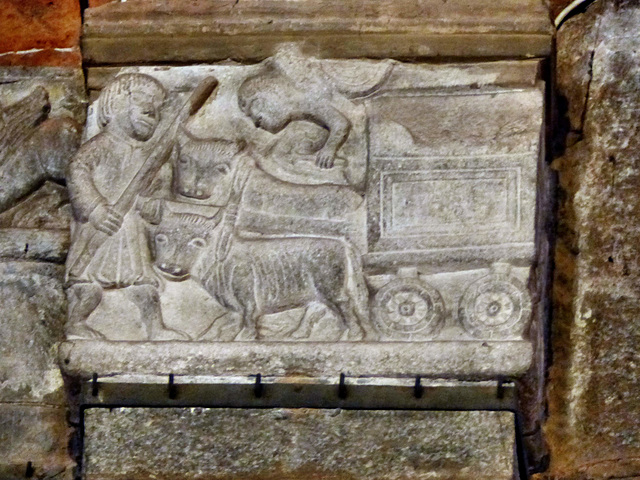 Some of the old Romanesque capitals still exist. Seen here is probably the "translatio" of the Magi´s relics from Constantinople to Milano. I do not think this is the "translatio" from here to Cologne...
Suggested groups:
Comments