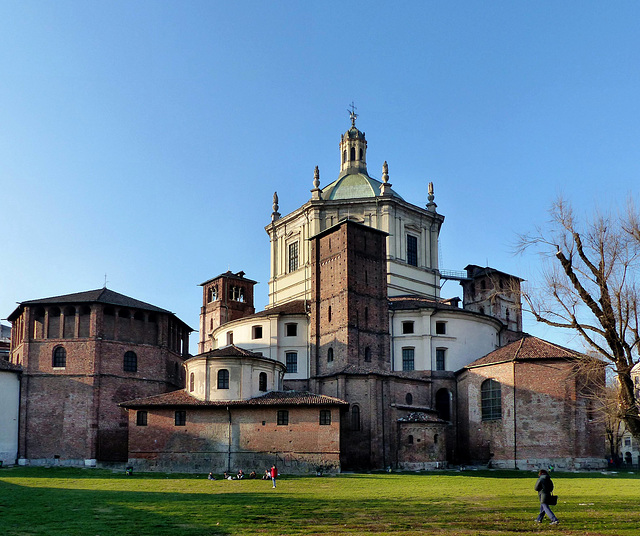 Here, seen from southeast, is to the left the octagonal baptistery (4th/5th century).