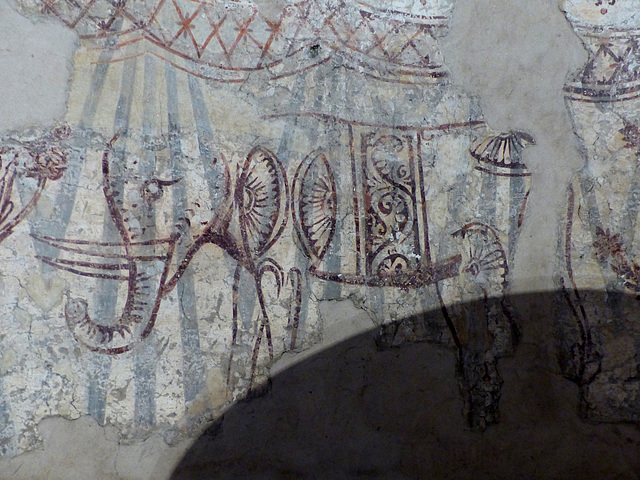 The Cappella Cittadini is one of these chapels. A frescoe, dated to the the 13th century, runs around the left apse. Between other animals are two elephants.

Here is one of them.

Elephants are very rare species in medieval times. The elephants here were probably inspired by the "Cremona elephant", presented to Frederick II by Sultan of Egypt Al-Kamil. Frederick II used the elephant in a parade in Cremona (80kms southeast) in 1237.
Suggested groups:
Comments