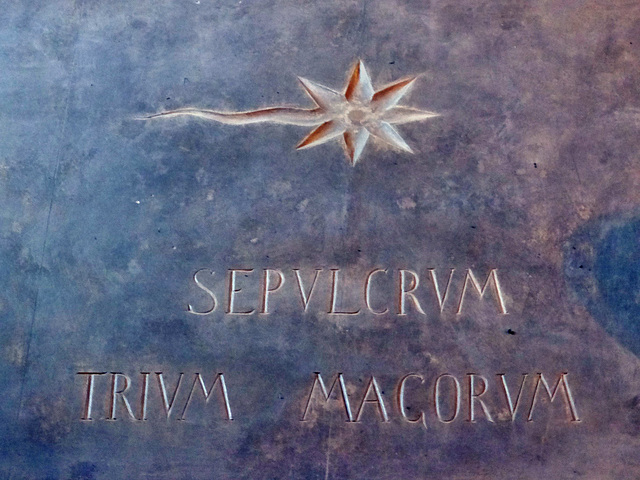 A huge sarcophagus was the "home" of the Magi´s relics upto the day, when Rainald von Dassel, who had just become Archbishop of Cologne and Archchancellor of Italy, entered the Basilica. In 1164 he brought the bones of the Magi with him to Cologne as loot from Milan and as a gift of Emperor Frederick Barbarossa. Here is the inscription on the sarcophagus.
Suggested groups:
Comments