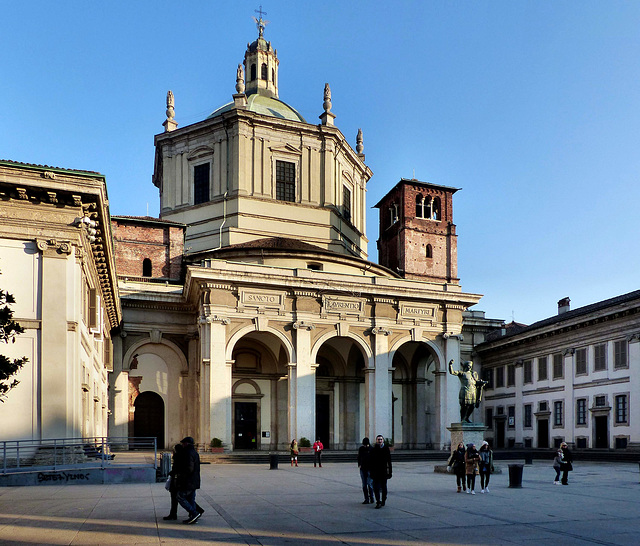 The building in the center is a tetraconch with four apses, one in each direction. In 1573 the dome of the basilica collapsed. Construction of a new dome in a more modern style began immediately and were completed in 1619.

The three arches of the vestibule were added in 1894.
Suggested groups:
Comments