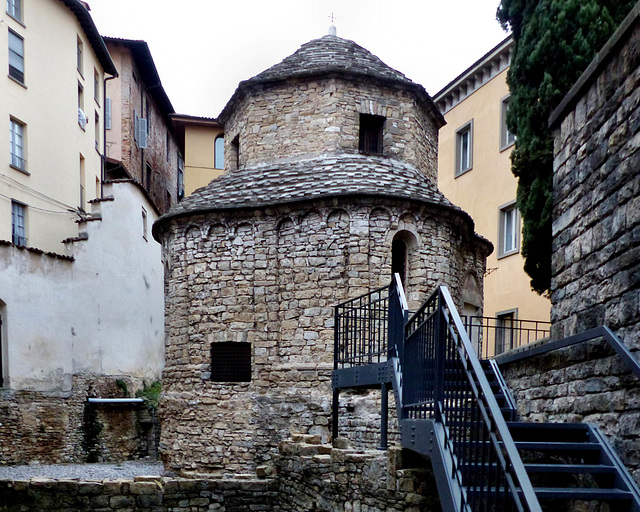 The "Tempietto di Santa Croce" is located next to the "Basilica di Santa Maria Maggiore" erected probably in the first half of the 11th century.