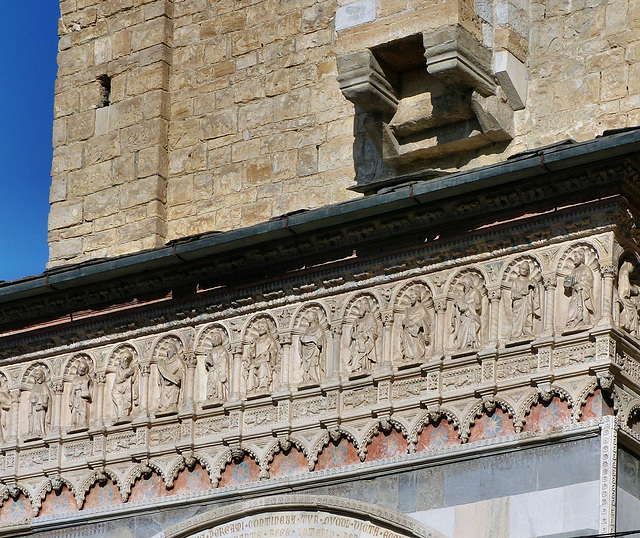 The front is adorned with a frieze of venerable saints.
Suggested groups:
Comments