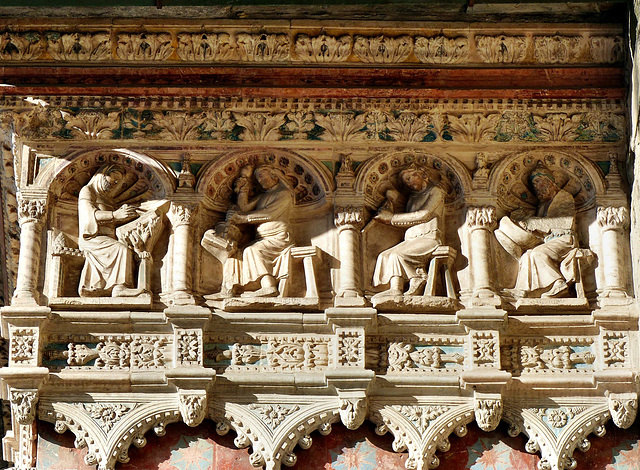 The frieze may well depict portrait of Giovanni da Campione and his workshop. The Master is seated on the left, designing/sketching another piece, while to the right three stonemasons are working.