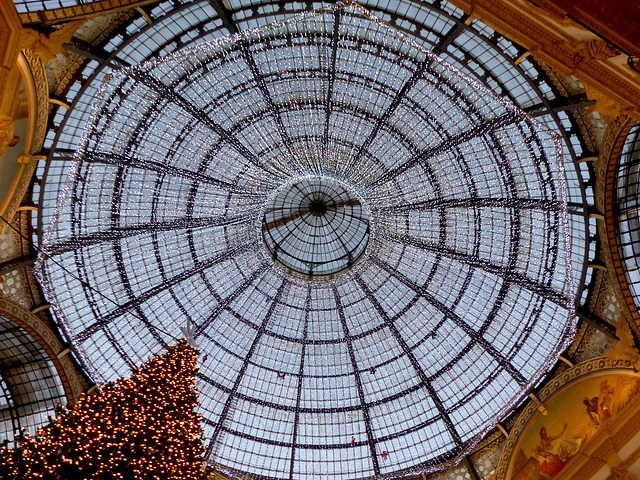 Milan came back and flourished, when in 1386 the construction of the cathedral began. It took centuries to complete. In 1805, Napoleon Bonaparte, about to be crowned King of Italy here, ordered the façade to be finished in 1813.

The "Duomo di Milano" is surrounded by the "Piazza del Duomo". The most prominent building (next to the Duomo) is the "Galleria Vittorio Emanuele II" with its triumphal arch. It is the world´s oldest shopping mall, named after Victor Emmanuel II, the first king of the Kingdom of Italy, and built by Giuseppe Mengoni 1865 - 1877.

The structure consists of two glass-vaulted arcades intersecting in an octagonal space, that is topped with a glass dome.

casino has particularly liked this photo