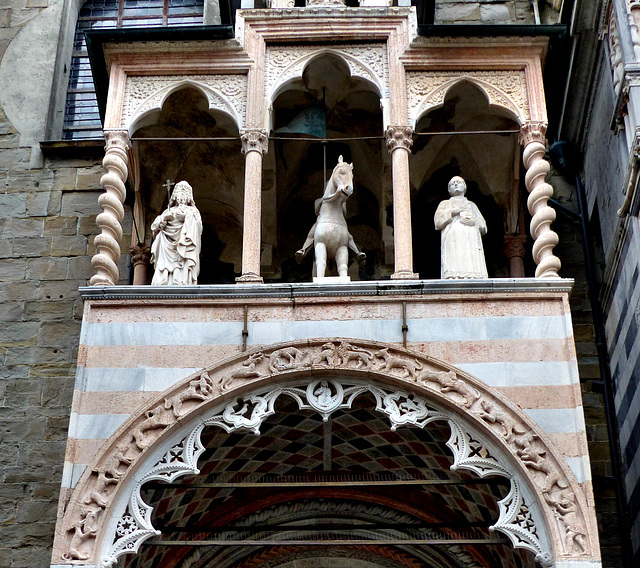 The church was founded in 1137 on the site of aan older church and the altar was consecrated in 1185, but during the 13th and 15th century the works slowed down and the Romanesque church never got completed. Many chapels were added later.

Santa Maria Maggiore´s porch was created by Giovanni da Campione in 1353. He was a member of the "Maestri Campionesi" (aka "Scuola Campionese") all originating from Campione, a small Italian exclave surrounded by the Swiss canton of Ticino.

Seen here is a detail of the porch. Note the hunt all over the archivolt.