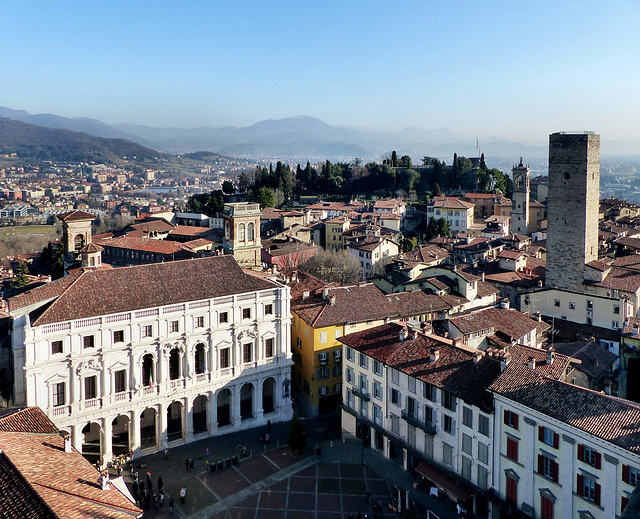 Standig on top of the Torre Civica in the center of the Città alta. The tower was erected in the 11th/12th century as a tower house for the (Ghibelline) Suardi family. All notable families had such towers built - and Bergamo was named "Città dalle cento torri" - "City of hundred towers".

The white Palazzo Nuovo on the Piazza Vecchia now hosts the Public Library. To the right is the Torre del Gombito, erected in the 13th century and then owned by the (Guelph) Rivola family.