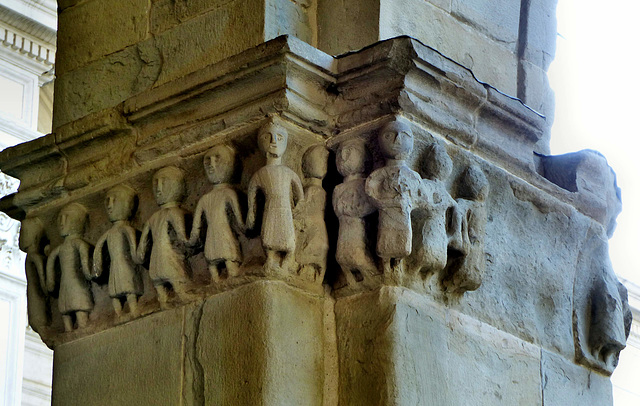 In the center of the Città alta is the old town hall "Palazzo della Ragione" (aka "Palazzo Vecchio"), erected 1183 - 1198. It burnt down and got rebuilt at least twice over the centuries.

The open ground floor served as a market hall, but it was as well as the place for public trials. There are some very interesting capitals here. This one is near the adjoining Duomo.
Suggested groups:
Comments