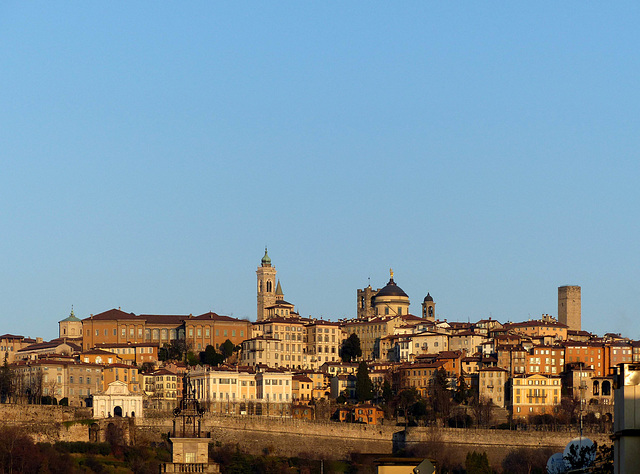 Bergamo was the settlement of a Celtic tribe that got conquered by the Romans in 196 BC. Looted by Attila´s troops in the 5th century, it became the capital of a Lombardian duchy a century later. After the conquest of the Lombard Kingdom by Charlemagne, the Franks ruled here.

The Città alta, seen from the hotel room (in the Città bassa).
Suggested groups:
Comments