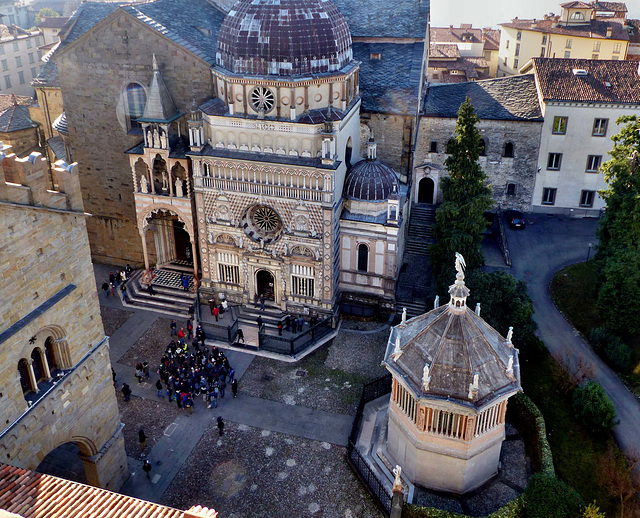 The facade of the Romanesque basilica Santa Maria Maggiore and the Cappella Colleoni, erected between 1472 and 1476 as a mausoleum for Bartolomeo Colleoni and his daughter Medea.

On the right is the roof of the octagonal baptistery, built in 1340. In 1650 the baptistery was dismantled, but was saved, and in 1856 reassembled. It was moved to its present site in 1889.