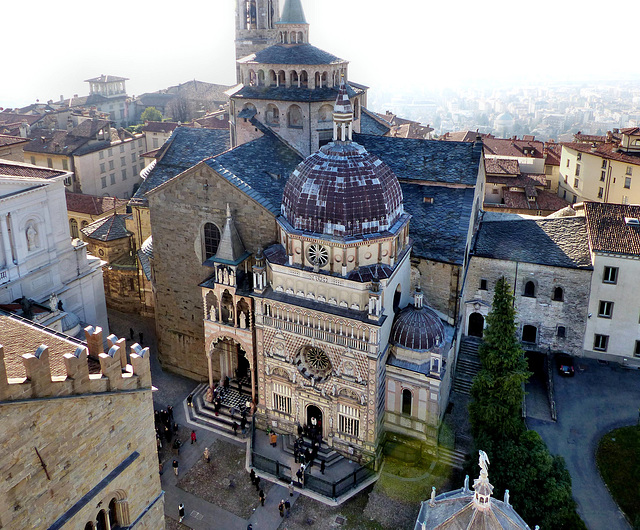 Seen to the left is a part of the Palazzo della Ragione´s stepped gable and a part of the Duomo´s facade. Further right is the Romanesque basilica Santa Maria Maggiore and the Cappella Colleoni, erected between 1472 and 1476 as a mausoleum for Bartolomeo Colleoni and his daughter Medea. Only partly seen is the roof of the small, octagonal baptistery.
Suggested groups:
Comments