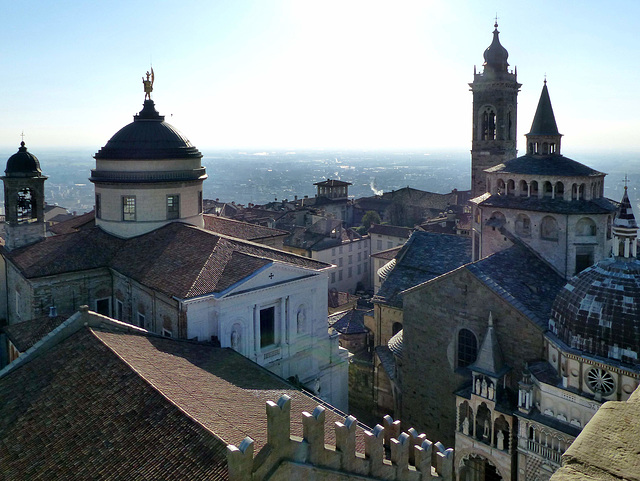 Just in front is Palazzo della Ragione´s stepped gable, behind the Palazzo is the Duomo di Bergamo. Further to the right are Santa Maria Maggiore and the Cappella Colleoni.

Looking good on the newly 'restored' and fully functioning Explore! :)
4 years ago. | Permalink

"It's getting better all the time..."

Thank you!
4 years ago. | Permalink