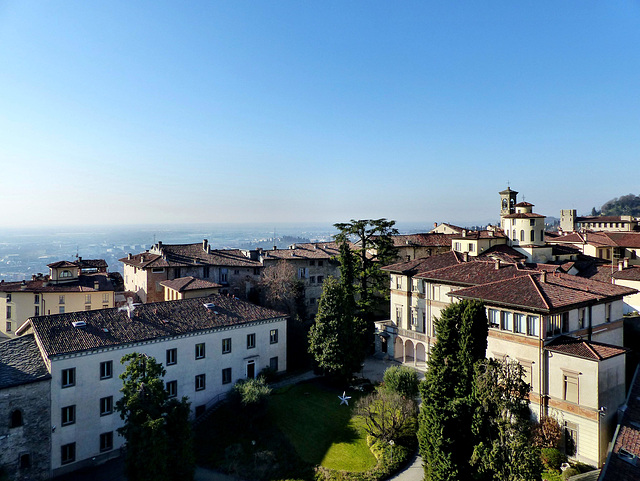 Standig on top of the Torre Civica (56m) in the center of the Città alta. The tower was erected in the 11th/12th century as a tower house for the (Ghibelline) Suardi family. All notable families had such towers built - and Bergamo was named "Città dalle cento torri" - "City of hundred towers".

Seen to the right is the "Chiese de San Salvatore" (1700) and the Torre Scaraguaito (1300), another tower house.
Suggested groups:
Comments