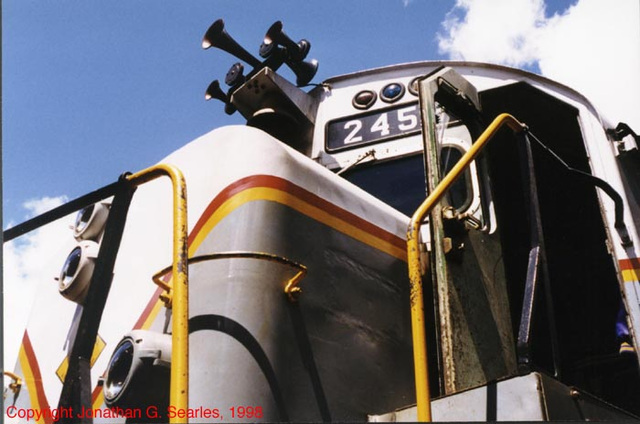 This was taken at the 1998 National Railway Historical Society (NRHS) National Convention, although not in Syracuse, where the convention was based. Rather, I took this in Thendara, NY, at that time the northern end of the Adirondack Scenic Railroad, after having worked (as a Trainman) on the first public passenger train (at least to NRHS members from around the country) to run from Utica to Thendara since 1981. The locomotive (this one, as well as ex-NYC #8223) had been run around, and I took this picture of the cab before reboarding for the trip back to Utica.
Suggested groups:
Comments