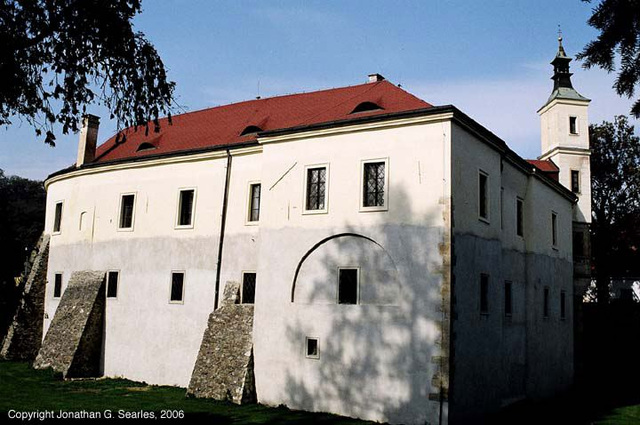 Roztocky Zamek is in Roztoky U Prahy, 3 kilometers north of the Prague city line, and actually, it's more of a chataeu, as zamek does indeed mean chataeu in Czech. Most non-Czech tourists don't know about it, though, as it's out of the way compared to Prazky Hrad, Spilberk, and Krumlovsky Zamek, and it's smaller and less historically significant than Karlstejn. It was built in 1233, and the museum does in fact have a copy of the original deed. Like many such buildings, additions continued being added to the complex until the late 18th Century. A gradual restoration was done in 1955-1972, and another, less-extensive one was done in 2002. It originally had a moat, which you can just barely see the remains of here, and there are some old photos in the museum of when it was still full.
Suggested groups:
Comments