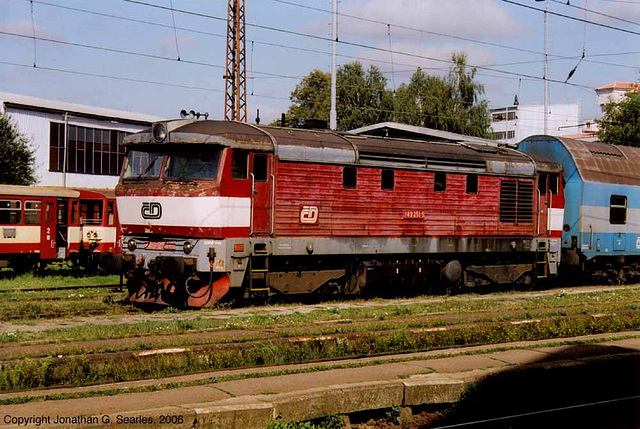 I took this picture solely to be a locomotive picture. I'm not convinced that it has any other merits, but railfans on Flickr will probably appreciate it if they're not from the Czech Republic. To the best of my knowledge, these Class 749 diesels don't venture out of the country, as all of the Eurocity and other international services are electric. That means that the only way to see them is to come to the Czech Republic! Class 749s were originally built as 750 and 751 Class diesels in 1964-1976 by Ceskomoravska Kolben-Danek (CKD), and then were rebuilt (again by CKD) into Class 749s in 1992-1996. They put out 1478 horsepower, and can reach a maximum operating speed of 100Km/h, although they rarely achieve this because they are usually used on slow branchline passenger services and freights.
Suggested groups:
Comments