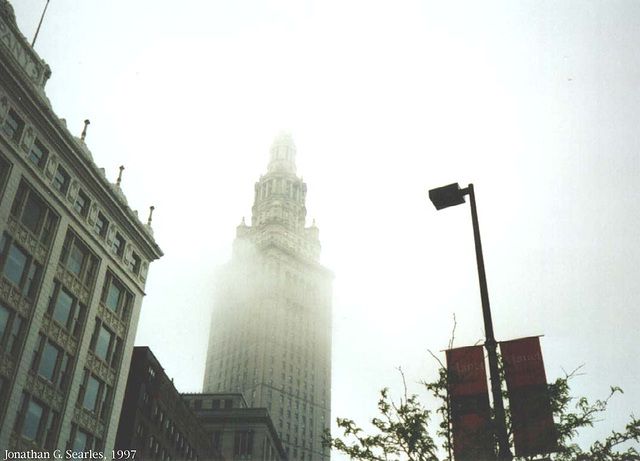 It should come as no surprise to anyone that my favourite series of architectural shots I ever took in the United States were taken of a railroad station. Not only am I a railfan, but in the U.S., few other buildings except for post offices and government buildings were built to quite the same spectacular standards, with the exception, perhaps, of some university buildings and churches. This amazing fog-enshrouded tower is Cleveland Union Terminal, or Tower City as it's now known, originally built in 1930 for the New York Central Railroad. Wow... When I first saw it, I was astonished to know that it still existed, as I had only seen it in old photos, and as everyone knows, the U.S. has an unpleasant habit of destroying its most beautiful buildings in favor of strip malls and parking lots. Not this one, though.
Suggested groups:
Comments