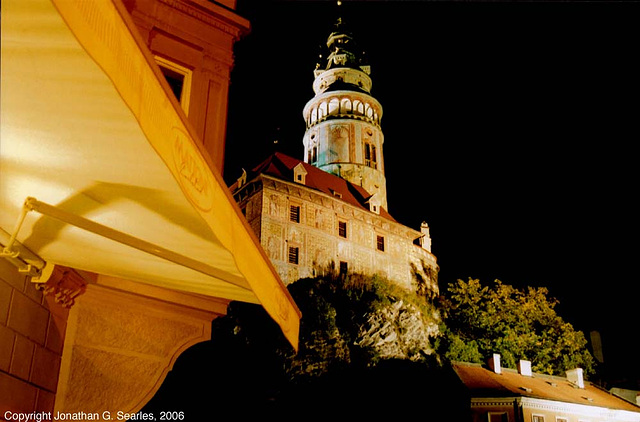 The centerpiece of Cesky Krumlov is the Castle, or Chataeu, which is Zamek in Czech. Actually it fits the mold of a castle, or "Hrad" more, as it's on a mountain and heavily fortified. The most famous part of the castle, though, is the main clocktower, or Vez, and this was my first look at it when I arrived the night before I took the other photos on this page. It's one of the later parts, though, having been added in the 18th Century, according to most sources I've read. I has a cornerstone from the 1880s, though, so I'm not sure how original it is.
Suggested groups:
Comments