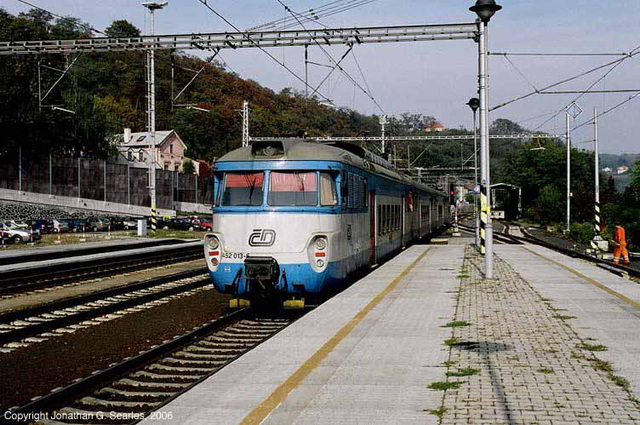 I took this on October 12th, right after getting off train #Os9608 (I think). It's pulling away in this picture, rather than into the station. You just can't tell because the markers aren't lit, although note that it's running on the right. This EMU, CD#452 013-6, also works the locals to Benesov, and I've ridden on it many, many times.
Suggested groups:
Comments