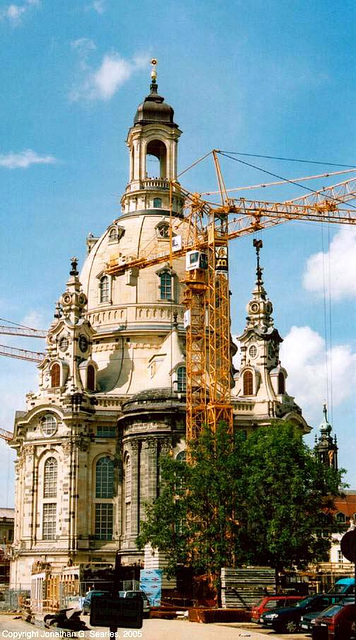 The original Frauenkirche was destroyed in the firebombing of Dresden in 1945, and the spectacular Baroque church was still being rebuilt when I visited it in 2005, being reopened shortly after I took this picture. The restoration wasn't begun until the early 1980s, but still it took a long time. Now, the church is standing again for all to see, and its so beautiful it's a little bit surreal. It's just not common to see anything new (kind of) that looks this good.
Suggested groups:
Comments