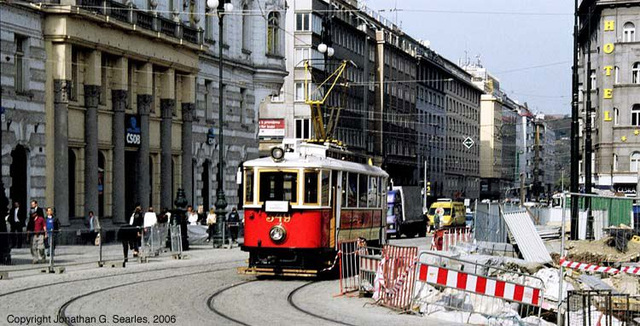 I know a lot less about Prague's earlier 4-wheel trams, other than that they were mostly built by CKD, at least after electrification, and many survived into the 1970s, and many if not most of those are still in service on the historic tram service, route #91 Stresovice-Vystaviste. They're also used for charters, as here with #349 at Namesti Republiky. This is an alternate to Picture 1, taken a second or two earlier.
Suggested groups:
Comments