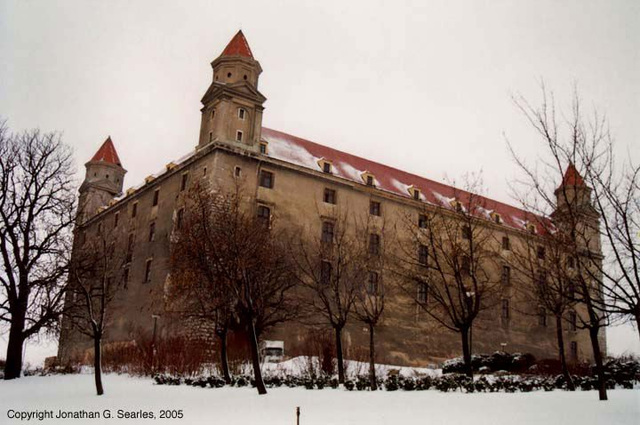 This castle, while an authentic 15th Century design (the foundations date to 907 AD) commissioned by King Sigismund of Luxembourg (actually king of Hungary, the country that controlled Bratislava, at that time known as Pressburg), actually dates to 1968, when a rebuilding was completed. The original was burned down in 1811, and it took until 1953 for rebuilding to start. It now houses the Slovenske Narodni Muzeum (Slovak National Museum).
Suggested groups:
Comments