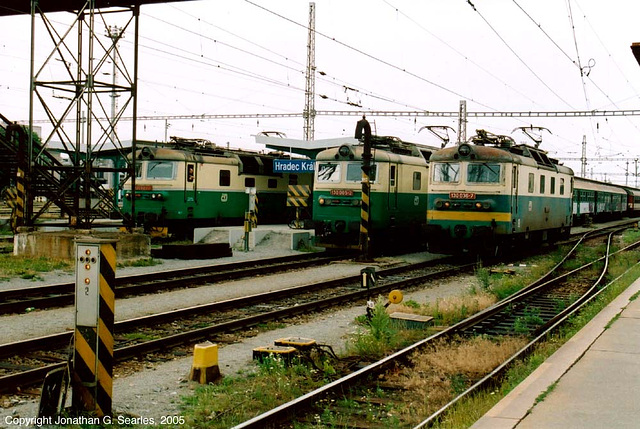 I took this one in Hradec Kralove, a city in the far east of Bohemia, just on the border with Moravia. These are all Class 130 electrics from the 1970s, built by Skoda, and they're not particularly fast or impressive, although it should be noted that they still are important in Kralovsky Kraj, the region in question, working locals and freights, out of line with the norm of EMUs handling local services. Notice the water spout between the units on the right!!!! Ceskoslovenske Drahy (the old pre-1993 operator) didn't get rid of steam until 1982, and many of their steamers are still in mainline excursion service, so a lot of the steam infrastructure is still in place, up to and including roundhouses and steam shops!!!
Suggested groups:
Comments