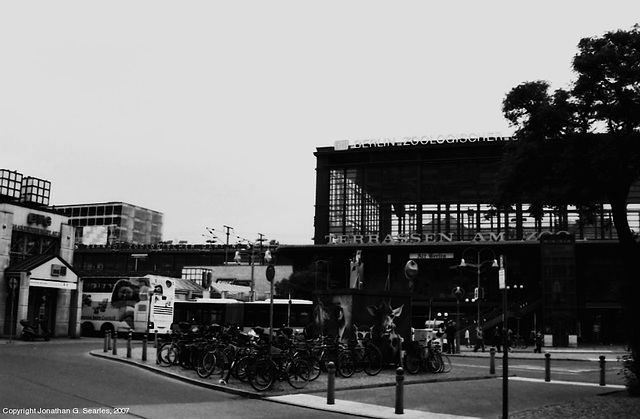 I almost forgot this yesterday, but this was where my Berlin tour started, as the tour guide wanted to go here first. As in most major mainland European cities, Berlin's mainline, commuter, and urban transit railways are integrated (and were even under Communism, when the Communists were given charge of the railways in both the East and the West of Berlin). In general, the transport network is well unified and functional, unlike in London, where it's been partly privatized and fragmented beyond belief, or in L.A., where it transport means either a 10 m.p.h. traffic jam, or an 80 m.p.h. demolition derby. Here you can see Berlin Zoologicher Garten Bahnhof, which has both mainline and subway trains, in the foreground in a bus stop, and of course there are quite a few bicycles as well.
Suggested groups:
Comments