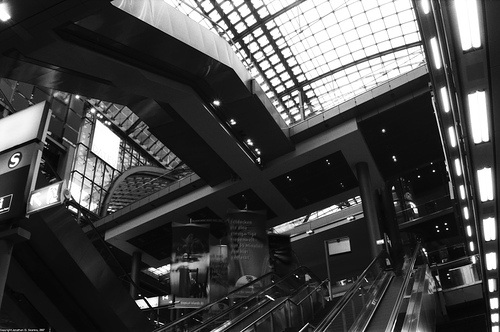 The new Berlin Hbf, while based on an older design, is so heavily rebuilt at this point that it's basically a two-year-old station. It's crammed with shops of all kinds, in addition to hosting an immense number of trains everyday (It would be cool to know the precise number, but I don't.). While waiting for my train, and photographing the Scandlines night train that had just arrived, I also noticed the opportunity to compose this shot, so I did.
Suggested groups:
Comments