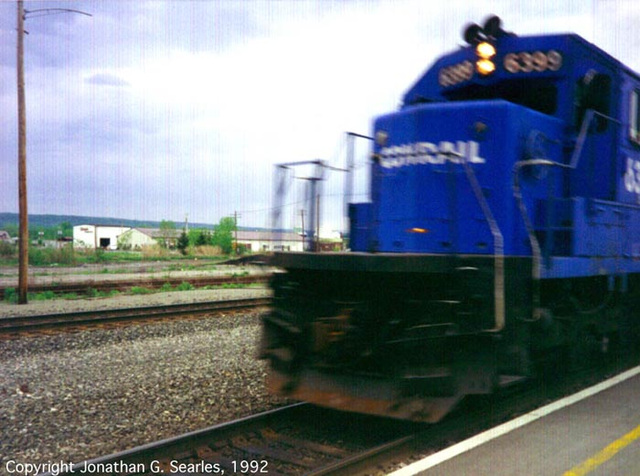 I took this one in 1993 (Note that the copyright date on the photo is wrong. I fixed it on my own website but on Flickr it's too much trouble.), waiting in Utica, New York for Amtrak's (actually Swedish Railways') X2000 tilt train to visit. It was hours late, and didn't arrive until after dark, so all of my best shots were taken during the day waiting for it, while I still had light. This locomotive, an EMD SD40-2 diesel, was leading a lashup of other locomotives pulling a garbage train. In those days, New York State had so much garbage that it was being shipped west by rail! I mainly like the impression of speed that this photo gives, with the blurred handrails and headlight, even if the train was only going about 50 m.p.h.!!!
Suggested groups:
Comments