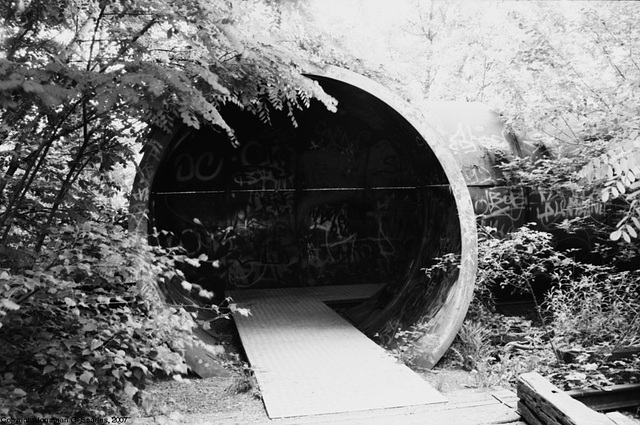 This tunnel, not original, but made out of a pipe found somewhere, is part of a park that used to be a railway freight yard. The tour guide said the yard was originally called Rangierbahnhof Tempelhof, although all the signs I saw said Bruckenmeisterei, so whichever one it is. Much of the infrastructure, all of it steam-era, is still intact, as the yard was in control of the Soviets (as was all of the rail infrastructure in Berlin) after World War II, and lacking adequate international traffic to keep it going, it was eventually abandoned, with almost everything sitting abandoned until 1989, when it became the park that it is now.
Suggested groups:
Comments