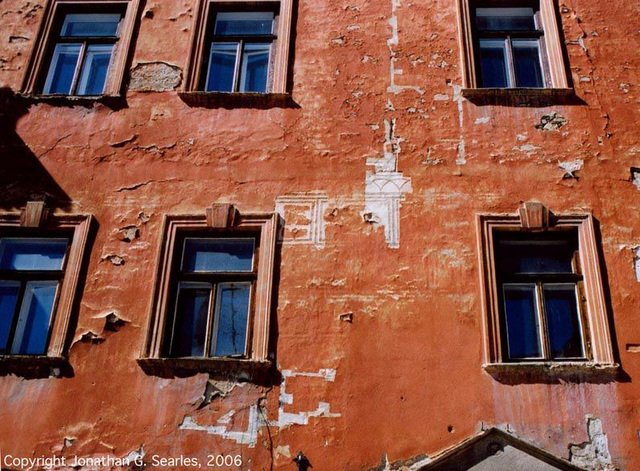 Cesky Krumlov is great. :-) Although it's clearly a tourist town now, the medieval streets and buildings are absolute eye candy, and if there's anything to be criticized, it's that the city is too well-maintained and sanitized. This building was an exception, which is maybe bad for the city, but good for photographers. :-) I love the way the ancient details of this building are exposed by the flaking paint, which itself is still quite a brilliant reddish brown. The contrast is also good, although in honesty I Photoshopped it a bit. In general, this is one of my favorites.
Suggested groups:
Comments