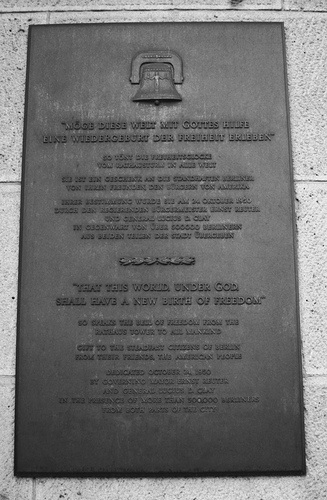 This photo, logically, should be the first rather than the last in the series, as it was the first on the roll, but I didn't notice it on the list of files until later, so I decided to put it last. This plaque is on the steps of the West Berlin City Hall (if I'm not mistaken), where U.S. President John F. Kennedy gave his famous "Ich bin ein Berliner" speech against the undemocratic Communist regimes of East Germany and East Berlin.
Suggested groups:
Comments