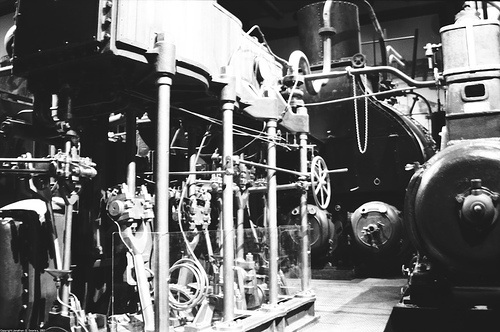 This was one of the most difficult photos that I took on my whole visit to Berlin, as they wouldn't let me take my tripod into the museum, so I had to wedge the camera between some things, I forget exactly what. Somehow, in spite of this, and in spite of shooting Agfa APX, which is only a 100 ISO film, I managed to get a reasonably crisp shot in lighting that was so dark it was even noticable to the human eye.
Suggested groups:
Comments