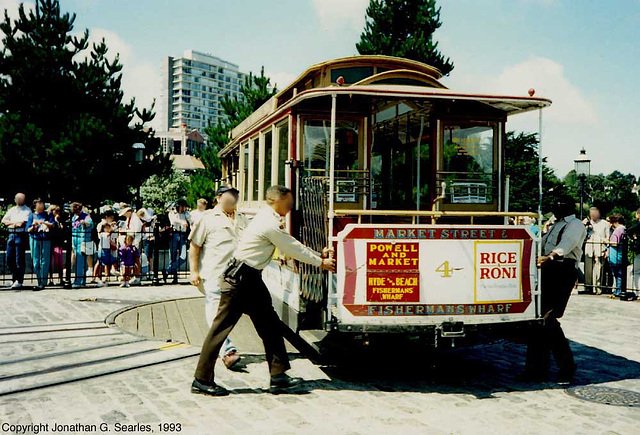 The Cable Cars of the San Francisco Municipal Railway Powell & Hyde Line run from the corner of Powell and Market Streets to Beach, which is actually a beach on San Francisco Bay rather than on the Pacific Ocean, near Aquatic Park. There, a turntable allows them to change direction, as they aren't uni-directional. The momentum of the moving cable car rolls it onto the turntable, as seen in Picture 1, the cable car is turned by hand, as in Pictures 2 and 3, and then the car is pushed back onto the active track, only for the opposite direction. It can then be reconnected to the cable upon departure.
Suggested groups:
Comments