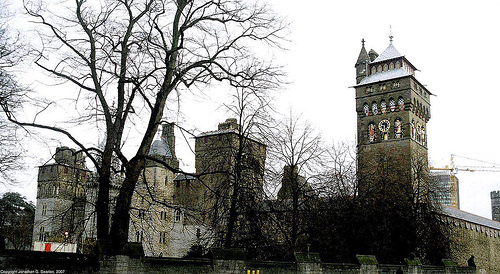 When I finally arrived in Cardiff, I obviously took a lot of pictures, but for the moment I'm only posting a few. Cardiff does indeed have a castle, like many major European cities, so here it is. :-) It's history, like many castles, is a bit mysterious, as its foundations are Roman. The oldest parts of the current castle were constructed in 1091 by the Normans, although the castle was rebuilt again in 1869, part of which involved the very elaborate clock tower that you can see here. As you can also see, there's a crane in the background, and that's because it's being rebuilt again, although this time solely for preservation.
Suggested groups:
Comments