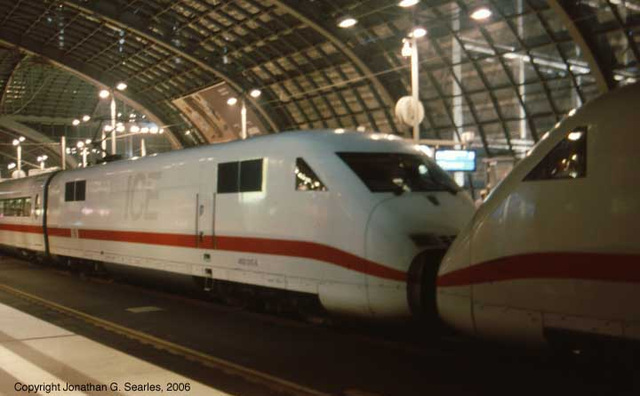 Built by Siemens, the 402 Class ICE high speed trains were the second production variant of the ICE, introduced in the mid-1990s. They were smaller and slower than the original 401 Class (250 Km/h instead of 280), but they offered better safety, and their shorter length allowed them to handle more minor routes. In this case, though, it doesn't look to have worked, as two sets had to be coupled together.
Suggested groups:
Comments