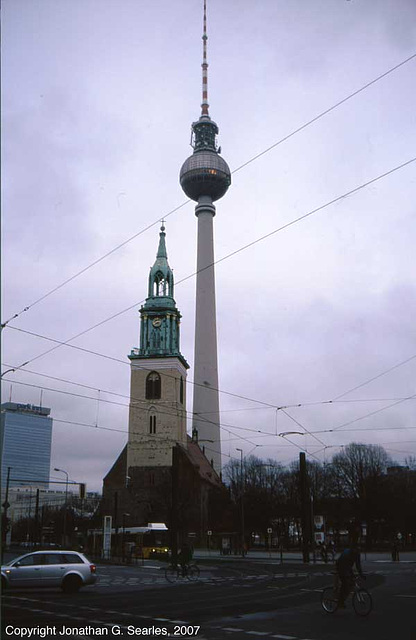 This very-tall Television tower is the tallest structure in Berlin, at 368 meters. Built in 1965-1966 by the government of the Deutche Democratische Republik (DDR, or simply East Germany), it was used by the East German government as a symbol of Berlin, and since the fall of the Berlin wall it has not only continued transmissions, but been expanded, with three meters being added to the heigh of the antenna. The large ball that you see towards the top is an observation deck and restaurant. Notice the tram at street level. :-) Berlin does indeed have both an extensive tram system and metro system, both of which have been expanded many times, although the original systems predate World War II.
Suggested groups:
Comments